Pirin Mountain is located in the south-western part of Bulgaria and is in a common massif with Rila and the Rhodopes. Unlike Stara Planina, for example, which extends from west to east across Bulgaria, Pirin is small, compact. It occupies 2585 square kilometers of territory, which however has a highly folded relief – with numerous steep peaks, steep slopes, deep valleys. 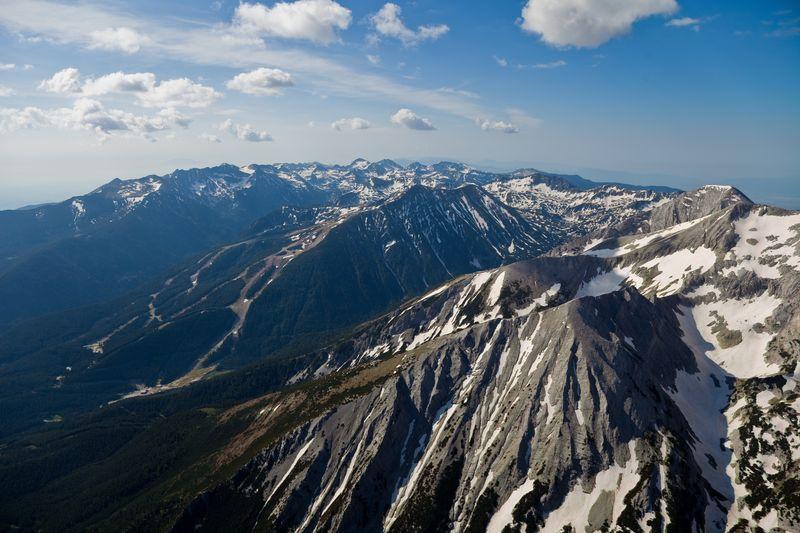 A straight line northwest – southeast, the Pirin Mountain is only 66 km long. It reaches a maximum of 40 km from Sandanski to Obidim. On its 2585 square kilometers, however, the mountain has 96 peaks, whose altitude is between 2500 and 2900 meters above sea level.

The highest is Vihren – 2914 meters. It is second in height in Bulgaria – “lagging” 11.4 meters from Rila peak Musala. Vihren is well ahead of the international “charts” in height – it is third in the Balkans, the seventh in Europe. The other peak in Pirin Mountain, which is over 2900 meters, is Kutelo.

These characteristics define the Pirin as an alpine type. Such are the Rila Mountains, as well as parts of Stara Planina and Vitosha. From a geological point of view, these are young mountains – they have grown about 10 million years ago by seismic activity on the Eurasian plate. In other parts of Europe, this activity has formed, for example, the Alps.

Pirin Mountain – both for skiing and for beach

The location and relief of the Pirin Mountains determine its diverse climate. Climatic conditions here range from transitional Mediterranean to moderate continental to mountainous in the high parts of Pirin. 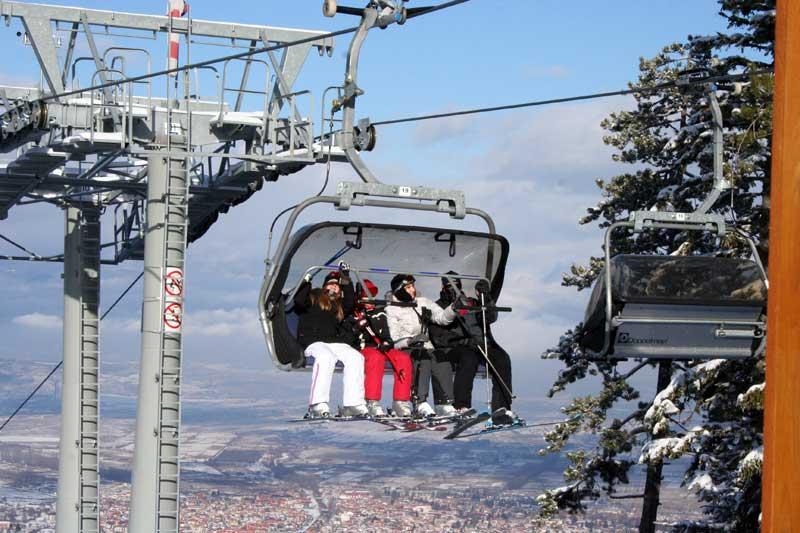 In practice, in this mountain one can enjoy a ski vacation in the winter and a summer beach as an exotic seaside resort, for example the outdoor pools of the aqua complex of Lucky Bansko SPA & Relax 5 stars hotel. In fact, the Pirin Mountain is attractive all the seasons, and there are no casual resorts, numerous routes, chalets.

Between the three parts of Pirin – north, middle and south, the climate is relatively mild. Average winter temperatures range around zero and a little below zero, with average annuals reaching over 11 degrees.

Of course, if the separate areas of Pirin Mountain are taken into account, the picture is different – the high parts have their own temperature parameters, typically mountainous. In the higher parts, the snow lasts between 7 and 8 months of the year. In the southern part, the snow cover stands at 3 months per year.

The northern part of Pirin is markedly alpine and is the real part of Pirin with characteristic glacial forms of relief. Here are Vihren and Kutelo, and the higher peaks of Pirin mountain.

From the point of view of tourism, North Pirin is best developed with resorts, huts and routes. Of the 13 active chalets in the Pirin Mountains, 11 are in the northern part.

Medium Pirin occupies 7 percent of the mountain and has characteristic karst forms, with a peak over 2000 meters – Oreliak. The remaining peaks are less than 2000 meters, mainly with deciduous forests.

The southern part of Pirin is the lowest part, with predominant roundness, unlike the alpine peaks and valleys. Its highest point is 1977.6 meters – Mount Ears, the forests are mixed – broad-leaved and coniferous.

The vertebrates are 250 species – 177 species of birds, 45 species of mammals, 6 species of fish. Invertebrates – spiders, insects, centipedes, etc. are many times more – over 2000 species with subspecies. Of the vertebrae, the most common are the deer, wild goats, bears, foxes, wolves, capercaillie, falcon. 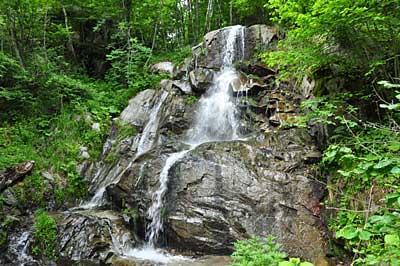 The plants with a distinct root, conducting stem and leaves, called high, in the Pirin Mountain are 1300 species – from ferns and bushes to centuries-old trees. Mosses are 320 species, and algae in many rivers and ponds are hundreds of species.

Pirin has a number of animals that are in danger of extinction in the Red Book. Among them are the three-leaf woodpecker, the rock eagle, the tortoiseshell.

There are also 18 plants, which are found here only – Dwarf Lupine, Pirin Lily, Pirin Poppy. Along the Vihren peak, the edelweiss is common – a rare and protected species.

Pirin’s natural wealth as a state policy has been appreciated since the 1930s – in 1934 the Bayuvi Dupki-Djindjiritsa Reserve was designated.

Over half of its territory is made of virgin forests – fir, black and white, pine – black and white, spruce, spruce. Most are centenarians up to 500 years. So vast old forests are rare in Europe. And in the Pirin Mountains there are two more of them, which are more than 1300 years old.

In 1962, in the Pirin Mountain is defined a vast natural park of 40 332 hectares of national importance. Originally called “Vihren”, it was renamed to “Pirin” National Park in the 75’s as its name is still today. In 1983 the park in the mountains was also considered as part of the world’s significant heritage – it is included in the UNESCO list.

The Pirin Mountains have a very picturesque nature, but the areas with lakes are particularly fascinating. The lakes in Pirin are 186, and in the northern part of the mountain there are over 160, which are at high altitude – more than 2000 meters. 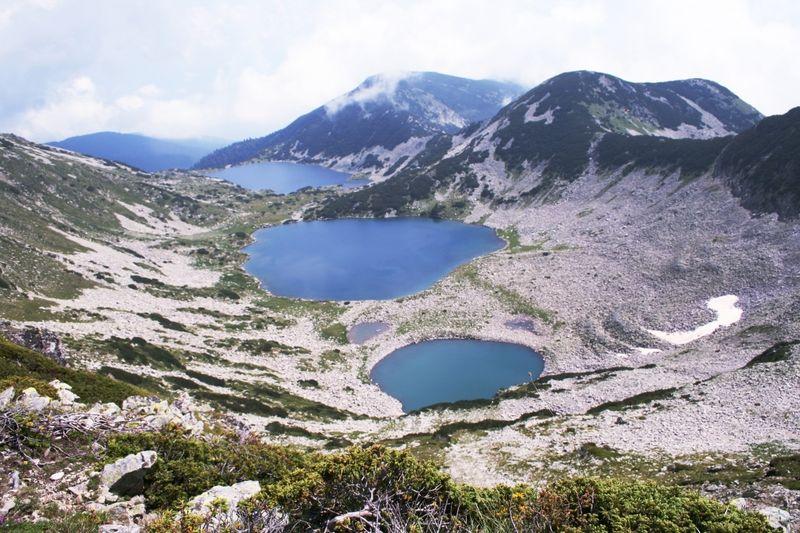 There are pond complexes with which, for example, the Yulen reserve in Pirin Park is saturated. There are also single lakes, some of which start small rivers. Viewed from a distance, the lakes in the Pirin Mountain are like strange mirrors.

The lakes in the mountain are of glacial origin. The waters are clear, cold and deep. Among these “mirrors” high in the Pirin Mountain, the largest is Popovo Lake, which is at an altitude of 2234 m.

The lower parts are the other Popov lakes, all gathering water from two steep streams of peaks, precipitations and snow cover, which begins to melt in the spring.

The Great Popovo Lake in the Pirin Mountain is among the most visited natural landmarks in the mountain. It is among the peaks, and around it there are gentle meadows. The lake is about 123 acres, its depth is 29.5 meters. It is 480 meters long and 336 wide.

The group of Vasilashkite is from 10 lakes, both of which are Gorno and Dolno. The total area of ​​the group is 180 decares, the shores are rocky and quite steep. The water is cold – up to 10-12 degrees in the summer.

Perhaps the most visited of the complex is the Fish Lake – around it is always full of tents of nature lovers. It is below the Upper and is 2145 meters high, surrounded by centuries-old firs and peaks. Its length is 325 meters, its width is 177 meters, the depth reaches 2, 5 meters.

Its name is associated with the many trout in the lake, although all the Vasilashki lakes are loaded with trout.

Pirin Mountain – routes for both beginners and experienced tourists

In the Pirin mountain the tourist routes are numerous, there are many different trenches according to the type and difficulty of the terrain, and the duration. Transitions are on forest roads and paths, in places and on wagon roads. 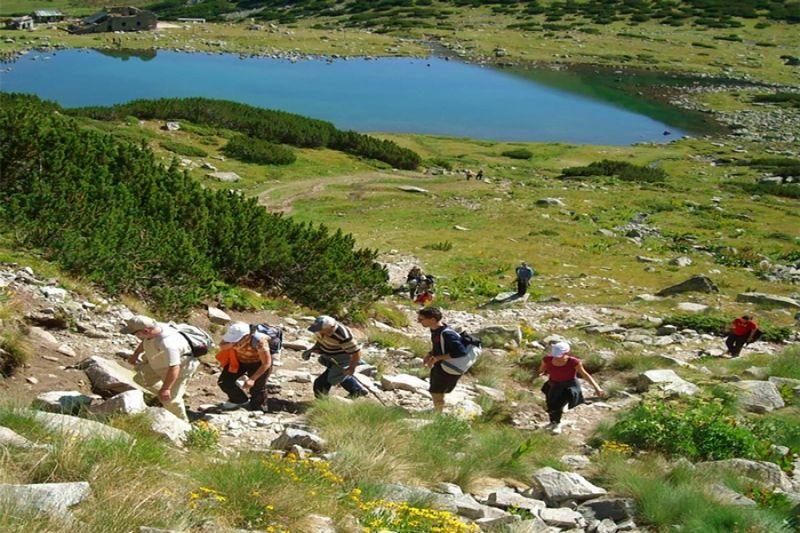 In Pirin there are also routes with an alpine part, in which the terrains are especially difficult – rocky, steep, with great displacement, passing deep precipices. Such are, for example, the approaches to the saddle of Koncheto. Instead, the trail shrinks to 50 centimeters.

From 1963 the passage of the famous saddle in Pirin was facilitated with a metal rope, and in 1969 a trail was dug in the south-western slopes. They say that before the railing, the tourists passed through the cave and creep, and from there came the name of Koncheto.

The northeastern slopes of Koncheto are vertical walls about 400-500 meters and climbers climb often.

In the mountain you can choose very short routes – for example from Yavorov Chalet to Yavorova Polyana, it is less than an hour. The duration can be several hours – 17 hours from Dobrinishte to Melnik through the Gotse Delchev, Bezbog and Pirin chalets.

A popular among experienced tourists is the route from Yavorov hut to Melnik. It is very beautiful but also quite difficult, it passes through three stages and is 5 to 7 days.

There are many other routes in Pirin, but it is special to note E 4. It is a euro route that goes from Spain through France, followed by Switzerland, followed by Germany and Austria, followed by Hungary, Romania, followed by Serbia and Bulgaria, after which Greece reaches the island of Crete.

The section of the Pirin Mountain is among the most beautiful virgin nature, but on the routes it passes after a special agreement with the directorate of Pirin Park with a guide and no deviations from the designated paths in order to preserve the unique nature.