The best of the plays in the country during the year

The annual Bansko Theatre Festival takes place in the beginning of July – from 1st to 7th. The plays are performed in the community centre hall.

Renovated according to the newest requirements and modern equipped, Nikola Vaptsarov Community Centre provides the audience with the convenience following contemporary requirements and with good acoustics. In addition to the one-week Bansko Theatre Festival, a number of major international art festivals – ballet, Morning Star Festival, jazz, mountain cinema, as well as style and beauty competitions, exhibitions and more are held here. 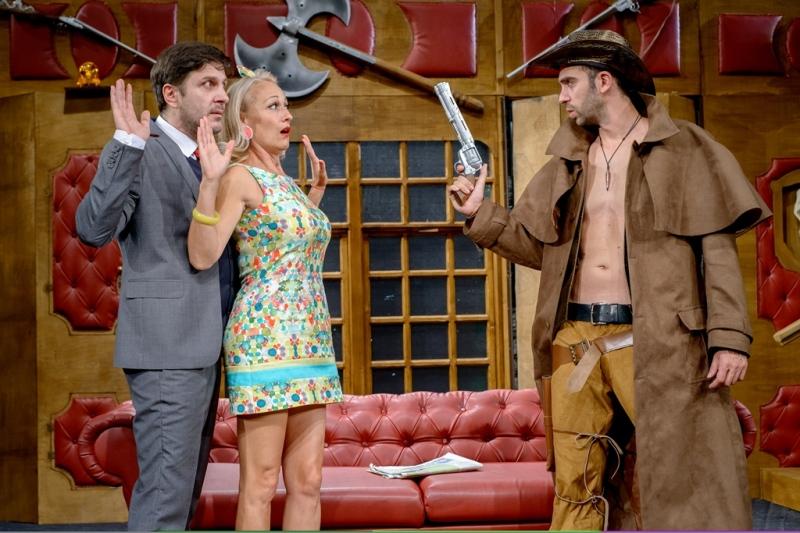 The traditional Bansko Theatre Festival gives its visitors the opportunity in a week to see a selection of the most up-to-date, interesting, worthy plays presented in the country. The program includes proven productions that have brought together thousands of people and won prestigious awards.

In them, the audience can see the splendid act of favourite actors, known both from the theatre and television and feature films. The success of the shows is not accidental. They are a selection of productions with a strong dramatic basis with the best of directors. A selection of very good acting teams has been chosen that easily immerse audiences in the magic of theatre.

There is no need to list performances from all the years of the already very popular Bansko Theatre Festival. It is enough to mention some titles from this year’s edition. For example, “Shear Madness”, which is brought by the theatrical troupe of the Bulgarian Army is a hit show, seen by more than 6,000 spectators in the salons.

“Laughing Prohibited” a comedy played by the Targovishte Theatre, has been awarded the highest dramaturgy award in Croatia – Marin Držić. Another title – “Little Comedy” by Viva Arte and the Burgas Theatre, is a wonderful combination of two plays by the great Chekhov – “A Marriage Proposal” and “Bear”. Of course, there was something for the young spectators as well – this year “Cinderella” was performed with open doors for children and parents. The play adapted by Charles Perrault’s work was presented by the puppeteers of the State Theatre in Varna.

Bansko Summer Theatre Festival was founded by Nona Yotova and since 2012 it is organized by the Municipality of Bansko. Each year, the festival gathers star names – indisputable talents who are devoted in their stage act.

Over the years, the names of Vassil Mihaylov, Tatyana Lolova, Velko Kanev, Emilia Radeva, Tsvetana Maneva, Nikola Anastasov, Stefan Tsanev, Rusi Chanev, Kamen Donev, Gerasim Georgiev and many others have been associated with the theatrical celebrations in Bansko. 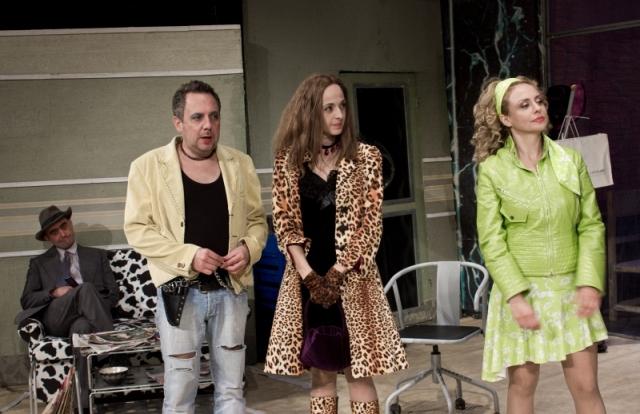 Many popular actors gathered again during this year’s colourful Bansko Theatre Festival in extremely interesting plays with creative solutions. For example, Stefania Koleva, Vesselin Rankov, Alexander Doynov and Ivan Radoev act in “Shear Madness”. And the dynamic action in the play is never the same – it has a different twist every time, as spectators can be both screenwriters and directors.

The Sparks and Seasons Theatre contribution needs to be mentioned as well. Even the idea of “Women’s Kingdom” is attractive – Iskra Radeva, Elena Kaneva and Maria Statoulova taking over the power, and all care for the children and the household goes to Plamen Sirakov, Teodor Elmazov and Veselin Tsanev…

A star team, but built entirely by a younger generation of actors presented itself this year in “Little Comedy”. In it Asen Blatechki acts with Koyna Ruseva and Kalin Vrachanski.

Various other plays include also Joana Bukovska, Paraskeva Djukelova, Iva Papazova, Stefan Ivanov and many, many others, which are show how high the bar of the Bansko Summer Theatre Festival is set. It is tradition and a constant – no matter which year of the festival you choose, you will find only bright creative teams and strong, exciting performances.

Their strength is also in the carefully selected drama. It affects all-human subjects in which everyone can to some extent see themselves. To “recognize” loneliness, relationships with others, the quest for values in life and to reach catharsis. This is characteristic even of comedies where the emphasis is on entertainment – laughter there is a bit sad but purifying.

Bansko – the festival town with performers from all over the world

Theatrical celebrations in Bansko are a very strong accent in the cultural life of the town.

However, they are part of a comprehensive concept of performing all types of arts, adequate to the preferences of the numerous tourists from many different countries who visit the resort throughout the seasons. 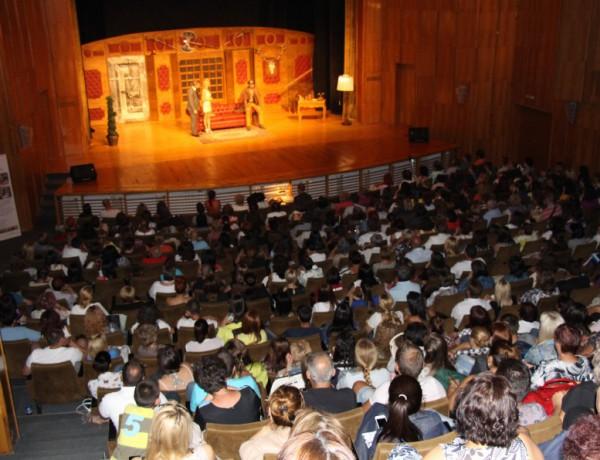 In practice, Bansko is a festival town where cultural forums are held throughout the year, many of which are international. Besides the theatre week, there is an opera festival with leading Bulgarian and foreign artists, a one-week jazz festival with world-class musicians, ethno from different continents, popular contemporary music, ballet, Balkan folklore, exhibitions, free international Cinema with extremely attractive films for mountaineering.

Guests of the town can even join – all summer! – in classes for folk dances, singing, bagpipe, tambura, etc.; to participate in demonstrations of unique weaving, woodcarving, etc.