Home / Blog / Routes for key landmarks in and around Bansko

Bansko is a city to which no one who has visited it once remains indifferent. Here every small street goes back in time, every house tells a story, and every locality hides a treasure. Some of the stories are sad, others are proud, and others are like the stories we used to hear as a child. 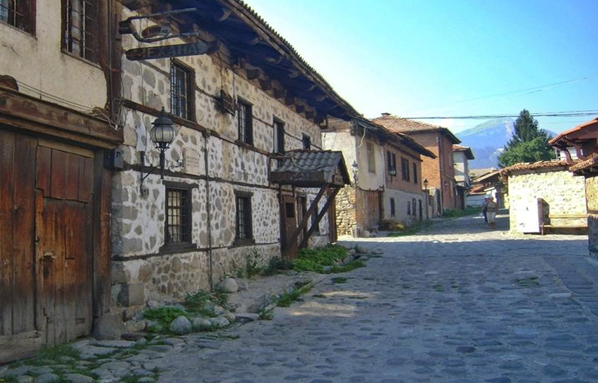 Have you been to Bansko? If you are not already, it’s time to consider a vacation in this amazing town of Pirin. He is waiting for you to tell you about yourself.

Everyone who has come to Bansko for the first time begins the tour of the town from the central square. Because there, all the small, cobblestone streets gather on the square, which lead to the biggest landmarks of the city.

If this is your first visit to the town, you will probably start your tour here as well. And the first key landmark on the square is the house where Nikola Vaptsarov was born and raised.

The home where the poet was born (1909) and grew up became a museum in 1952. The arrangement of the museum exhibit is attended by the poet’s mother and sister. They are also the first guides to the object.

In the museum can see several exhibits that tell about the life and work of the poet. In one of the halls you can see documents, items and poems written by the poet moments before he was shot in 1942.

Another smaller area is located 100 – 200 meters from the large central square. And right in the middle of it stands the tall,monument of PaisiiHilendarski. The monument was erected in 1976 and the site was not chosen at random. Experts suggest that this is where the father’s house of the author of “IstoriyaSlavyanobolgarskaya” and Bulgarian enlightener Paisii Hilendarski was located.

If you reach the PaisiiHilendarski Monument, you do not need any guidance on how to get to the other landmarks of the town. Because the square is located in the center of the old town and all the important landmarks are a few steps away from each other.

The first one is just a few steps from PaisiiHilendarski’s monument and you just can’t miss it.

Holy Trinity Church is the biggest symbol of the city and its guardian. The three-nave baseless basilica was built in 1835 and all citizens take part in its construction.

To raise a temple in the very center of the city, in times of Turkish oppression, requires great strength, resourcefulness and strong faith in God. The temple is still active today, and when you enter it you can look at it peacefully and light a candle.

Right next to the temple is the birthplace of NeofitRilski. The home where the Patriarch of Bulgarian literature was born was transformed into a museum in 1981. The house, also called Benina House, is built in the typical Banskorevival architectural style and looks like a real fortress with many hiding places, tunnels dug under the house and high walls. In addition to its impressive architecture, the NeofitRilski Museum tells about the literary work and life of the great Bulgarian.

Again just a few steps away, on the next, quiet street is the next landmark – the famous Velyanova House. To get to the house you do not need directions, you just have to follow the signs that indicate the direction. The Velyanova house as an architecture follows the Renaissance Bansko style of a fortified house. Here too you will see massive walls, hiding places, an open veranda and secret escape routes.

What is striking about this home, however, is the incredible muralsdecoration. The decoration is the work of one of the best masters of the Renaissance painter – VelyanOgnev, who also owns the house.

The Velyanova House is the first fully painted house in Bansko, and the compositions, which came out from under the brush of the master, tell of distant lands, fairy-tale characters and love for his wife Sofia. 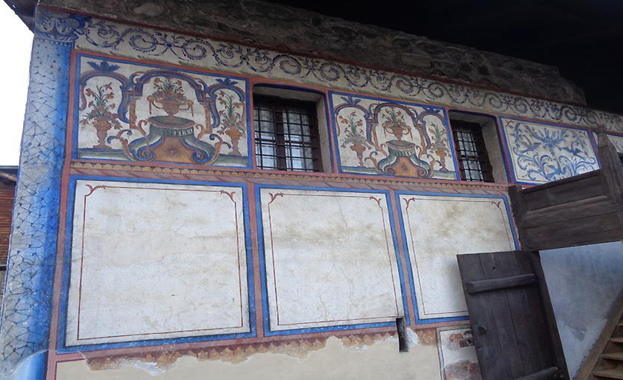 Sitan Kale is a late antique fortress, which archaeologists believe was intended to guard the Roman road that ran through the entire Razlog valley. The fortress is quite large in size and probably lived there until the fall of the city under Ottoman rule.

If you want to see Sitan Kale, the fortress is located 5 km from the town, in the area “Kalyata”. You can reach the fortress by taking Bansko to the Vihren hut.

Once you reach the first right, you have to turn and continue to therestaurant “Caves” and then continue driving until you reach the Glazene river bridge. You leave the car here and continue walking. The path is well marked, with a low degree of difficulty and after about 30 minutes you will reach the walls of the fortress.

Named after its discoverer, forest ranger KostadinBaikushev, the Baikushevapine is the oldest tree in the country (1300 years). The age-old tree impresses not only with its age but also with its size. Its circumference is 7.80 meters, its height is 26 meters and its diameter is 2.48 meters.

You can reach the natural landmark by taking Bansko to Banderitsa hut. The road has a lot of turns but is good and very picturesque. When you reach the hut, you have to leave the car and continue on foot along a mini hiking trail that, after about 200 meters, will take you straight to the Baykushev’s pine.

Until 2003, no one had imagined that under a small hill between Bansko and Dobrinishte was an enormous ancient city. There is no information about the city to this day, and no one knows what it was called or exactly what functions it performed.

The only one known so far is that it is more than 3500 years old and has been inhabited by different cultures over the centuries. It is believed that it was inhabited at some time by people of gigantic size from the Thracian tribe of Dai.

The excavations of the Nameless city continue to this day, and the city never ceases to surprise archaeologists and tourists with its size and the artifacts that are being discovered.

The Nameless city is located between the two neighboring towns – Bansko and Dobrinishte. The landmark is reached without much effort or complicated navigation. All you have to do is leave Bansko and take the road to Dobrinishte.

Watch the signposts along the way so you do not miss the intersection for Nameless City. By car you can reach the complex and then walk up the hill. Walking is not heavy and will take you no more than half an hour.

This is one of the great cultural and archeological landmarks near Bansko, which is attracting increasing interest every year. Surveys of the church began in 2006 and during excavations, archaeologists found not one but two temples inscribed in each other. The archaeological object is an early Christian basilica built in the 5th – 6th centuries, in which another Christian temple was inscribed in the 13th century.

The PaintedChurch is located 7 km from the town of Razlog, close to Bansko. To get there, you need to go from Bansko to Razlog and more specifically to Pirin Golf Club. As you get closer, you’ll see signs that you need to follow to get you to the object.

The remains of the Painted Church are fenced off and you will not be able to view them closely at the moment, but nothing prevents you from enjoying them from the outside. 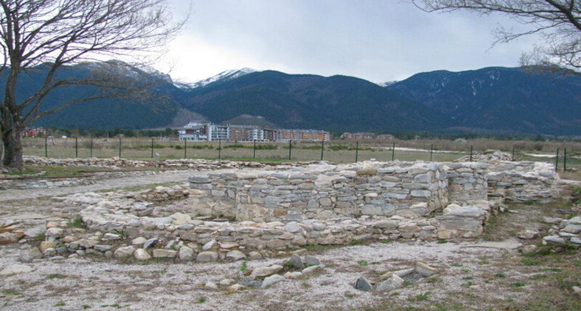 The Obidim monastery was built in the early 20th century, so it cannot be called ancient. However, not having a long history does not take away from its charm or the comfort it gives to everyone who visits it.

The story of the monastery begins with a prophetic dream, after which a resident of the village Obidim discovers church attributes hidden in the hollow of a tree. The discovery was taken as a sign that a monastery should be built in this place. That’s how it happened. The construction took many years, but when it was finally built, it became one of the favorite places to visit the citizens of Bansko and surrounding villages and towns.

Strangely enough, the monastery cannot be reached from Obidim village (although the monastery bears the name of the village). In order to visit the monastery, you have to go to Dobrinishte from Bansko and take the road to GotseDelchev hut.

On the way to the hut you will see a small chapel, and when you reach it, you have to leave the car and take a walk to the monastery. Walking distance is about 4 km. The trail is low in difficulty and you will reach the monastery in as little as an hour.

Natural formation is a rock phenomenon that winds have shaped into fanciful shapes. It’s called a wedding, because some of the figures look like a wedding band, followed by an “evil” mother-in-law.

According to legend, an evil mother-in-law who did not want the bride cursed the young on the day of their wedding. Her grievous curse petrified the newlyweds and their guests.

The rock phenomenon rises above the village of Osenovo and can be seen from the road. To get there, you need to go from Bansko to Osenovo. Just after the turn for the village you will see the rock formation “Wedding”. The distance from Bansko to the natural phenomenon is about 29 km and it can be reached by a good, asphalt road.