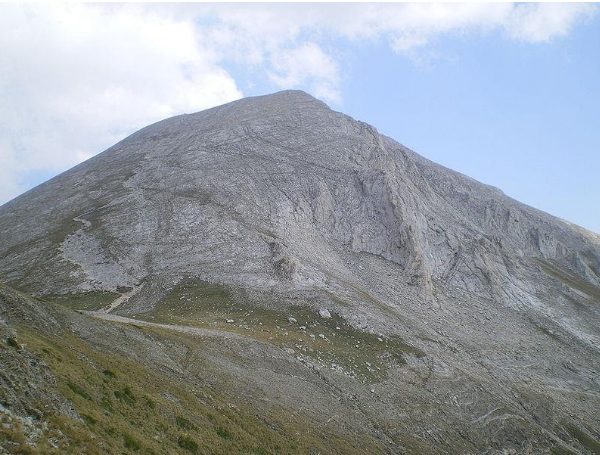 The region of Bansko is a real natural treasure. It has uniquely beautiful creations of nature that are difficult to recreate in words. One of them are Vihren, Muratov and Todorka peaks, which are undoubtedly one of the most beautiful peaks of Pirin.

Those of you who are visiting the region of Bansko should definitely go to Vihren peak. Everyone who manages to climb it is “rewarded” with majestic and unique mountain views. From Vihren peak there is a magnificent view of the neighboring towns and mountains.

Vihren Peak amazes everyone with its beauty and breathtaking views from above. Although it is not one of the easiest peaks to climb, this does not stop the thousands of tourists who visit the leader of Pirin every year. 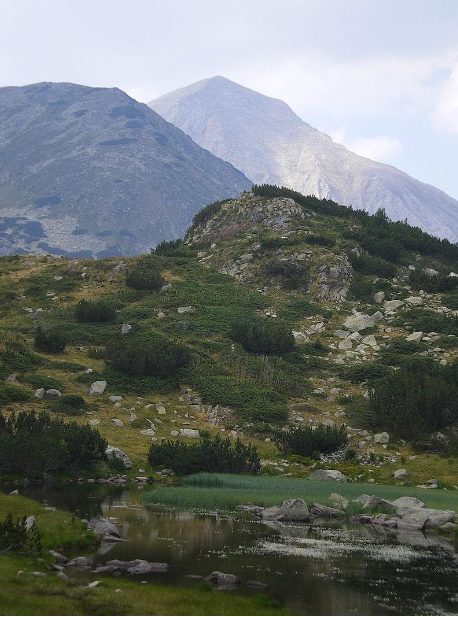 With its height of 2914 m, Vihren peak ranks second after Musala peak (2925 m) in Bulgaria and third after the Greek peak Mitikas (2917 m) on the Balkan Peninsula. Until 1942, the peak was called Eltepe (peak of the storms), and its ancient Thracian name was Orbelus (snow-white mountain).

Vihren Peak is also called by other names – Elin peak, Ilin peak. In fact, in Bulgarian folklore the word “whirlwind” means a strong gusty wind, from which whirlwinds are formed. Hence the name of one of the leaders of Pirin.

Vihren Peak is located in the northern part of the Pirin Mountain between Hvoynati (Ovinati) Peak in the southeast and Kutelo Peak in the northwest. Through these peaks Vihren connects with the saddles Kabata and Premkata located to the south.

The peak is characterized by steep slopes, which in their upper part are rocky and mostly without vegetation. Exceptions are plants such as edelweiss, which can be found in some places.

At different altitudes, respectively, there are different plant species. With the transition to the lower parts of the peak there are plant species such as dwarf pine, juniper and extensive lawns. Lower down the valley of the Banderitsa River, pine forests are found. 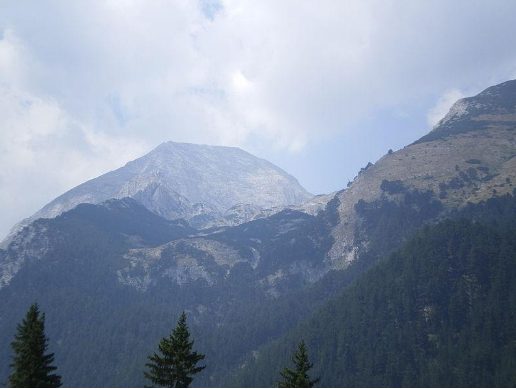 Pirin Mountain is one of the most difficult mountains to climb in Bulgaria, and the same goes for Mount Vihren, despite its not very high altitude. 3 km. the displacement of the peak is 1000 m, as in some places the slope becomes 45 degrees and there are crumbling rocks along the route, which makes the transition somewhat difficult. 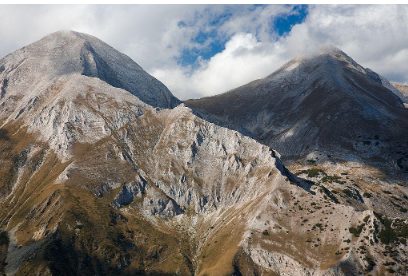 The northern and eastern slopes of Vihren Peak are composed entirely of marble rocks. At the river Banderitsa the marble reaches the base of the top. Marble rocks are found at an altitude of 2600 m, and below this height to the west and south begin calcium-silicate rocks, followed by granite.

The peak can be reached by several routes. The transition from Vitosha hut to Vihren takes a total of 3 hours. The easiest transition is through the Kabata saddle, and the most difficult is through Kazanite.

Other hiking options include Koncheto Hill, the Royal Road and the rocky Jamdzhiev Edge, which offers a more extreme experience. There are also tourists who choose to spend the night on Vihren peak. 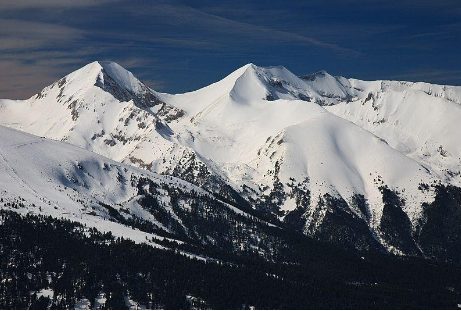 Vihren Peak is included in the list of the 100 national tourist sites of Bulgaria and is present in the initiative “Conqueror of the 10 mountain leaders”.

What are the legends about Vihren peak?

According to one of the legends about Vihren, at the top was the marble throne of the main god of the Slavs – Perun. He was the lord of storms and thunder. It is the Pirin Mountain that bears the name of the God of thunder.

In Pirin lived two female voivodes, who bore the names Ella and Todora. In their possession were two neighboring peaks. Ella peak (Eltepe) was named after Ella, and Todora owned the territory of Todorka peak (Todorin peak). Subsequently, the Turks called Mount Vihren with the name El Tepe (Mount Ella).

Another natural formation in Pirin, which bears the same name, is Elin Vrah, which is located northwest of the village of Breznitsa at an altitude of 1383.

Ellen and the nymph

There is another legend associated with the God Perun. Ellen was in love with a beautiful lake nymph. Out of jealousy, the God Perun killed the lake nymph and so the peak was named Elin peak. 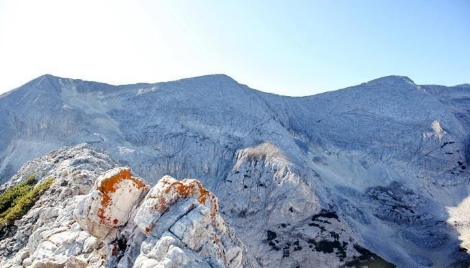 At the top was driven a metal pole or stake with a metal ball on it, which was used by Noah to tie the boat.

Another interesting legend from the Pirin region is about Todorka peak, which can be seen from Vihren peak. The legend tells the story of a brave girl named Todorka, who refused to surrender to the Turkish conquerors and did not want to accept the Turkish faith.

The commander-in-chief of the Turks, Murat Bey, began to pursue her, and then the girl climbed Mount Todorka. She chose to jump from the top instead of surrendering.

According to another legend, Todorka and her lover Vasil (Vasilaki) wanted to get married, but her father was against the wedding. Todorka left her father’s house and went to Todorka peak. The girl began to cry, and her tears, which flowed down the slope, formed the lakes Todorina’s eyes.

After Vasil discovered that Todorka was not there, he went to look for her and the mountain. When he arrived to Vasilashki Chukar, the desperate boy threw himself down into the lake. 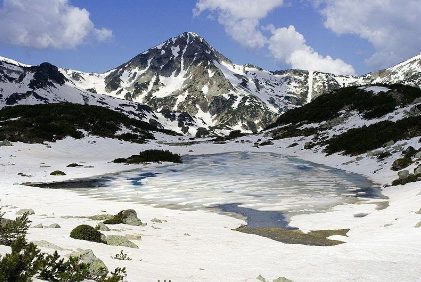 There are speculations about the origin of the old name of Vihren peak. From El Tepe “El” means the number ten, which may mean that the peak ranks 10th among the high mountain peaks. 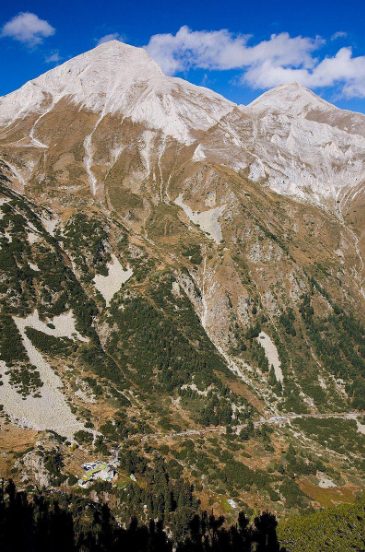 Another hypothesis is for El (Il) and Elim in Old Arabic means God or creator. Elin Vruh and El Tepe can mean God’s peak.

It is no coincidence that people believed that high peaks were places where one could be closer to God. That is why it is possible that in the past Vihren peak was a place of religious rituals.

Quite often high peaks bear the name of St. Ilia, who was the lord of thunder. According to folk beliefs, the saint rode a golden chariot and walked with it in heaven in search of an evil dragon. He sent fiery arrows / lightning at her.

When there was lightning without thunder at the top, people believed it was the fire coming from the nostrils of the harnessed horses in Ilia’s chariot.

Thus the pagan cult of the god Perun changed into a Christian cult of St. Ilia. 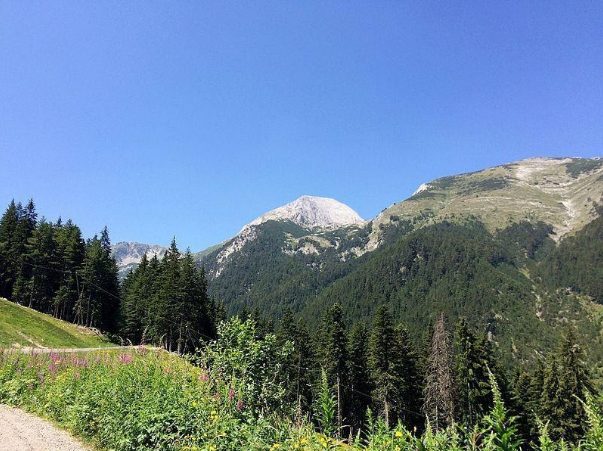 When is it appropriate to visit Vihren peak?

In fact, Vihren deserves its name, because apart from being made entirely of white marble, the weather at the top is windy in all seasons.

Therefore, for beginner tourists who visit the peak for the first time, the recommended period for climbing is between July and September. Then the weather conditions are most favorable and the day lasts 12-15 hours.

How to get to Vihren peak?

You can reach Vihren peak if you take one of the two routes from Banderitsa hut or Vihren hut, which are located about 18 km from Bansko. Both huts offer tourists accommodation.

The route through Vihren hut is easier to cross, taking an average of three and a half hours. If you decide to leave the Banderitsa hut, it will take you four and a half hours. Along this route you will see various beautiful mountain flowers and you can also see mountain goats.

Banderitsa hut is located to the right of the road that starts from Bansko. There is a marked path to Vihren peak, which passes through a century-old pine forest. 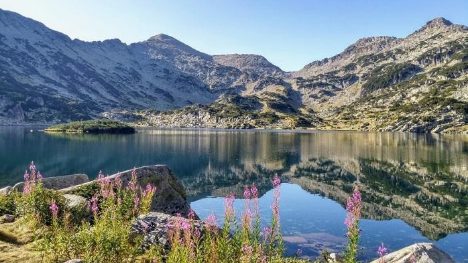 Other attractions near Vihren peak?

Another interesting place in the region of Vihren peak is Baikushevata mura, which is 1300 years old and is the oldest coniferous tree in Bulgaria. The century-old tree is located at 1930 m above sea level near the road to the hut “Banderitsa” and its height is 26 m.

The Small and the Big Kazan

The Small and the Big Kazan are two circuses surrounded by steep slopes, which are located at the foot of Vihren peak. Their names come from the fact that a mist rises from the deep circuses, which makes them resemble boiling cauldrons of water.

The circus Little Kazan is grassed and 2200 m high, and at the bottom of the Big Kazan (which is 2400 m high) there are accumulated stones, which are fragments of Kutelo and Vihren. Snow accumulates there all year round.

The Small Kazan is a favorite place of tourists who often use it as a place to rest. As the terrain of the circuses is karst, no water is retained and no streams or rivers are formed. 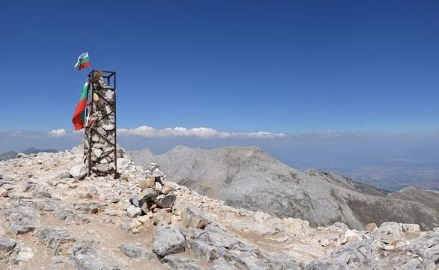 From the Big Kazan in the northeast direction originates the wall of Vihren, where there is a small shelter. The wall is 400 m high and there are several climbing tours – they are divided into eastern and southern. This is where climbers often train.

At the base of the wall is the Malak snezhnik measuring 90 by 40 meters, where the snow is preserved throughout the year. As the marble rocks can be slippery, it is recommended that tourists follow the markings when crossing the paths. There are places where there is no trail at all.

The road to Banderitsa hut crosses the territory of the circuses. They are inhabited by wild goats, and edelweiss can also be seen there.

The area of Jamdzhievi rocks offers enthusiasts one of the most extreme routes for climbing Vihren peak – Jamdzhiev edge. The road to them passes through Kazan. Climbing along the edge of Jamdzhiev is a steep slope.

Jamdzhievi rocks are home to the alpine flower edelweiss, which grows on the very edge of the rock. They are named after the climber Atanas Jamdzhiev – Tasyo, who died in this place in August 1931.