Bansko is not a big city, but it’s a very compact one. Tourists, however, have so many amazing sights to visit in Bansko that just a day is simply not enough to go round and learn all the interesting stories these places can “tell”. A mandatory “stop” in Bansko is the Museum Complex. It is an ensemble of independent sites, each of which is important in all the tours. 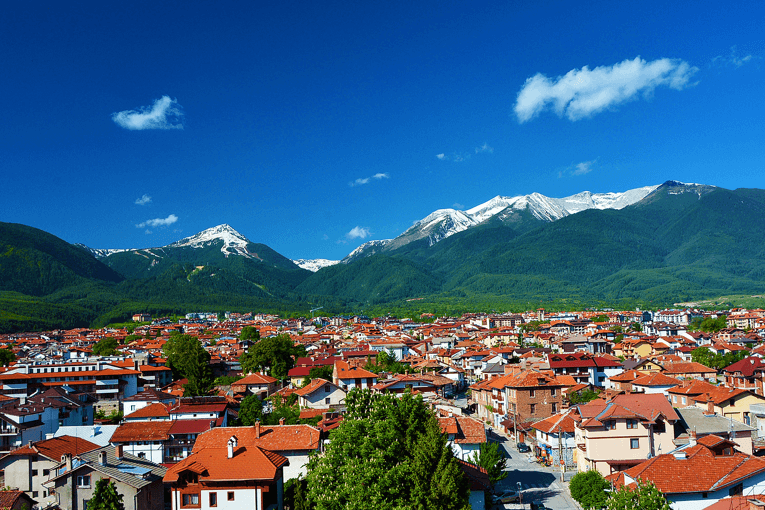 The numerous historical sights in the city create a special atmosphere that immerses guests in different historical times, shows an interesting lifestyle and folk spirit, beautiful art, a meeting with remarkable personalities that have left a bright trace of Bulgaria’s development – its history, faith and culture.

Tourists who visit the city should not miss the church “Holy Trinity” – one of the most unique sights in Bansko. Before the “St. Alexander Nevsky” was built in Sofia, Bansko’s church was the largest – not only in Bulgaria, but also on the Balkans – besides the ground floor, there are two more floors of balconies. And at its main entrance visitors see a cross together with a crescent moon – as a symbol of the coexistence of religions.

The construction of the Holy Trinity in Bansko began in 1833 and in 1835 the temple was completed. It is built only by local masters and is a masterpiece of our Revival – as an architectural solution and as an artwork with frescoes, icons, woodcarving, arrangement. 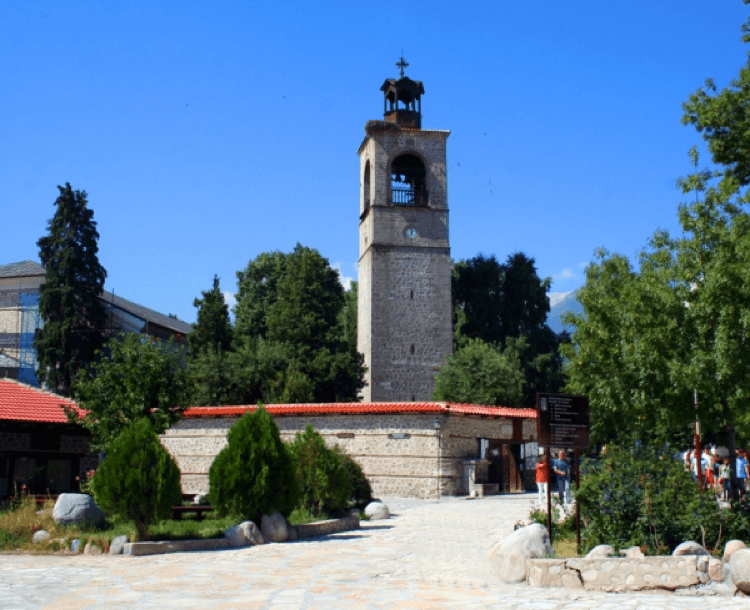 There are many interesting facts about the construction of the church. The building site in the center of the city is a personal donation from then-mayor Lazar German or Grandfather Lasko, as they called him, even though he was not even 50 years old yet. The construction was made with many donations – from 270 families and another 1081 people with individual tribute.

The construction itself is accompanied by many peripheries and clever motions to reach a successful conclusion. During the Ottoman rule, Christian churches can not rise to a height so they do not get caught up in the eyes. Because they dug deep into the ground. They must also be located in representative locations. It was unthinkable to create a church in the center of the cit, so enormous. The baths have managed to do so, as tourists here can understand in detail all the perils.

Paisii Hilendarski has a modern memorial here. The building is new, modern, open to tourists in 2008. It is envisaged to be able to illustrate visually and in detail the life and the great importance for Bulgaria of the great Revival. It was built in the place of the house where Paisii was born and lived. It runs from Tuesday to Saturday from 9 AM to 1 PM and from 2 PM to 5 PM, Sunday and Monday are days-off. 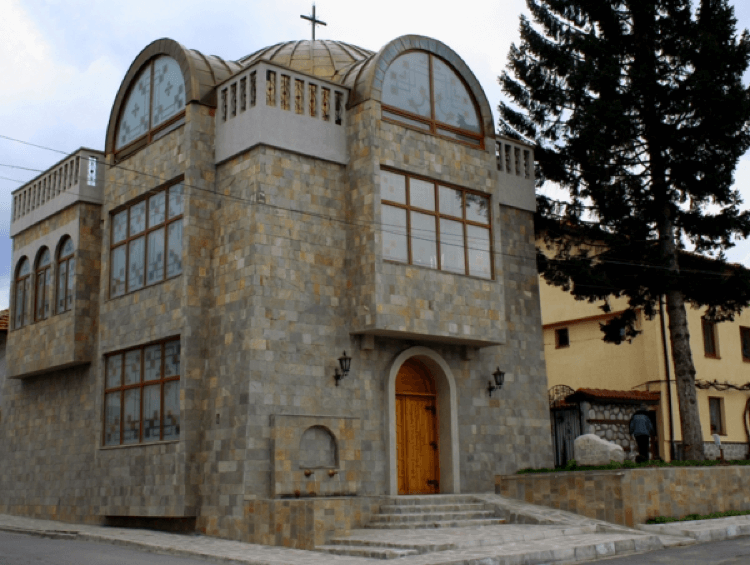 Reconstructions were made in the Memorial. The cell at the Hilendar Monastery, where Paisii writes the eloquently significant “Slavonic-Bulgarian History“, is reproduced with an exact copy. The other restoration is the small church in which the cleric communicated with God – the chapel “St. Ivan Rilski“. It was also narrated for his brothers – the Lavrentiy and Hadji Valcho, who are the followers of the Revival.

There is no other place where a man in such a unique way touches the life of the Enlightener, immerses himself in the time and atmosphere of that historical moment.

The Museum of Neofit Rilski, which sets the foundations of secular education in Bulgaria, works from 9 am to 12 pm and from 13 am to 5 pm, without Tuesday when it is a day off. Every first Monday of the month is free of charge. 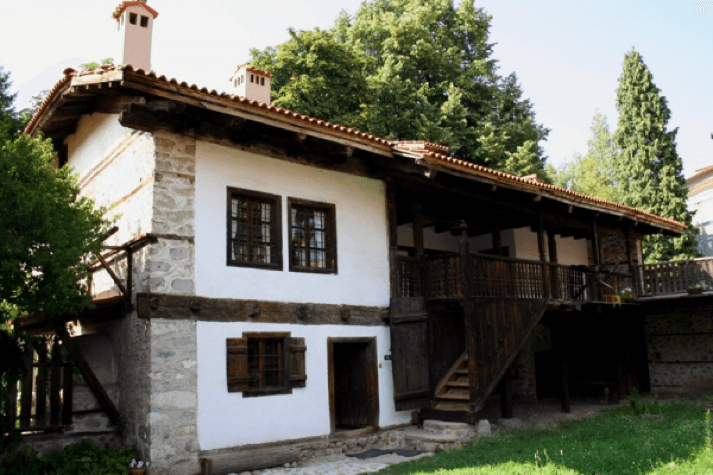 The museum is in the home of Neofit Rilski. The house itself is very interesting because it shows how it was built in Bansko through Renaissance – floors, separate rooms, including a hiding place. Here are presented the materials of Neofit Rilski’s folkloric activities as an educator – books and workshops, translations, and publications from his personal library.

The Museum of the famous poet Nikola Vaptsarov works from 8.30 to 13 and from 14 to 18 h, and every last Monday of the month the visits are free of charge. This museum was opened in 1952. In connection with the International Peace Prize awarded by Vaptsarov. The museum has been renovated several times, including modern methods of providing visitors with information. Selected videos, spectacular lighting and special sounds are projected.

The permanent exhibition of icons presents the Bansko Art School. Occurred through the spiritual upsurge of the Renaissance, it has a strong presence in the Bulgarian culture in the 18th and 19th centuries. The Bansko School has a significant contribution not only in church painting, but also in woodcarving and architecture.

Exposition includes original icons, copies of frescoes are also displayed, there is also a church plate. The exhibition is in a former convent dating back to 1749, which is preserved in its authentic form. The opening hours are from 9 to 12 and from 13 to 17.30, except Sundays and Mondays. Free visits are every second Wednesday of the month.

The Velyanova House is very interesting for consideration – the combination of the residential and commercial part, the interior layout of the living quarters and the connections between them, entrances, exits. It is also typical and unique not only from the most visited sights in Bansko but also a national monument of culture. It is typical because it shows how the houses in Bansko were built during the Renaissance. When the people of Bansko are doing well, they open up to the world, but the times were not always bright. 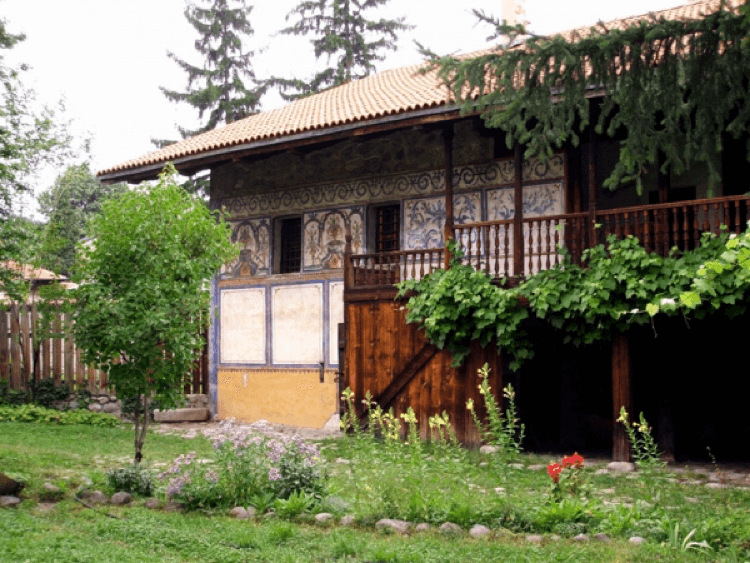 The houses were like strongholds. The thickness of the walls is over one meter, the windows are small with strong grids, the connections between the rooms are confusing for the unfamiliar, there is a hiding place. At the same time it is very interesting with its unique woodcarving and frescoes. It is open from 9 to 13 and from 14 to 17 hours with weekends and Monday. And here every month there is a free visit – every first Wednesday.

The Radonova House is one of the landmarks in Bansko, which starts in the 19th century, and its exhibitions are a spectacular story about Bansko – from its origin, until 1912 when the town was liberated from Turkish slavery. Here are some finds found during archaeological excavations in the area. There have been objects since the time of the Thracians, the antiquity, the Middle Ages. The ethnographic exhibition with numerous exhibits presents the lifestyle, customs and art of the Bansko people.

Among the numerous sights in Bansko are the discoveries of archaeological excavations in the area. Especially valuable are the findings made over the last 10-12 years. In total, there are remains of more than 100 strongholds, settlements, sanctuaries, necropolis, etc., some of which are from ancient times. 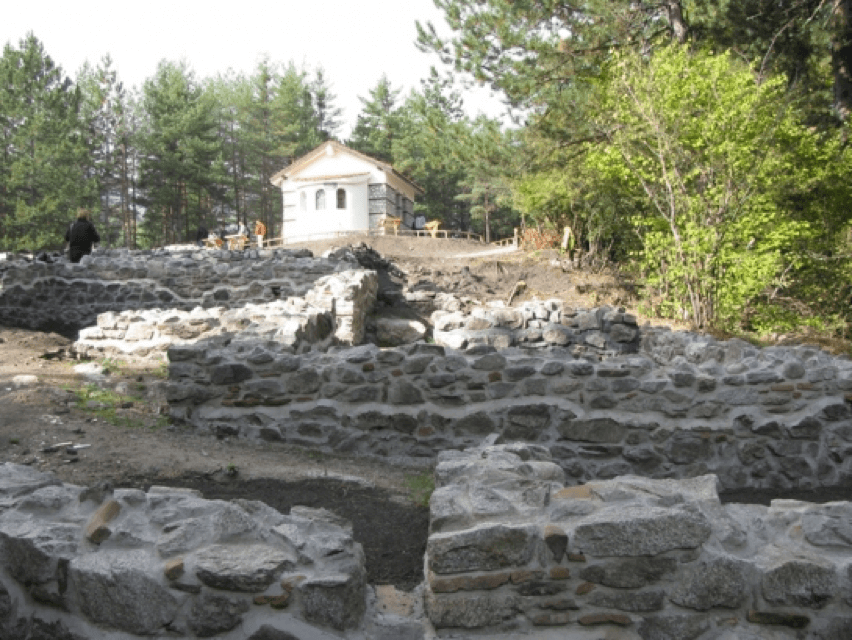 The studies show that the places in the immediate vicinity of Bansko have been inhabited since the 3rd-2nd millennium BC. Among the open tombs there is a healer of the 2nd century with the necessary attributes for the activity, as well as a Roman legionnaire in a late-antique necropolis.

Among the ritual places is a Thracian sanctuary, used for rituals and later times. There are also three Christian basilicas from the 4-5 century of the New Age, which shows that Christianity has entered here relatively early. As it is known in history, these lands enter the territory of the Bulgarian state entered in 864, when a treaty with Byzantium was signed to relinquish the lands along part of the stream of Struma and Mesta. 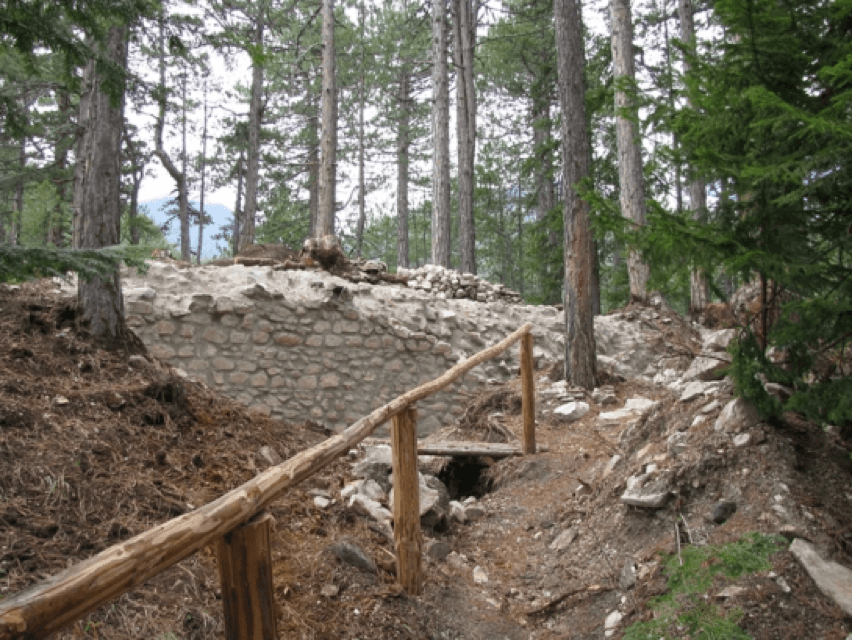 Apart from revealing the local history, some of the archaeological sites in Bansko are of national importance. In the place St. Ivan was the largest antique ceramics production center in the country until now. The 4-5 century furnaces are well preserved. Studies are also carried out in the open fortifications in the St. Nicholas and Sitan Kale. One is 4.5 kilometers from Bansko, the other – 3.5. Access to the site is accessible to tourists, there are recreation areas.

The Area of ​​St. Nicholas

In St. Nicholas the research began in 2003. It turns out that the fortress settlement has been overbuilt and used over many ages. Here are found coins from the 4th century BC. Until the 18th century of the new era. Household items and expensive ornaments that have been discovered by different times suggest that the population here was wealthy.

The research of Sitan Kale, a late-antique fortress, began in 2013. The findings so far show that it was populated from the 3rd to the 14th century by the New Age. Tourists can reach the excavations on a specially made path.

Bansko is at the foot of Pirin and here the mountain nature is endlessly beautiful. However, there are also natural phenomena in the region, which in their uniqueness are of national and global importance.

So here is a number of protected natural sites. Among them are the waterfalls of Yulenski, Bunderishki and Demyanishki Skok, the Banderitsa cave, the interesting rock formation Wedding. 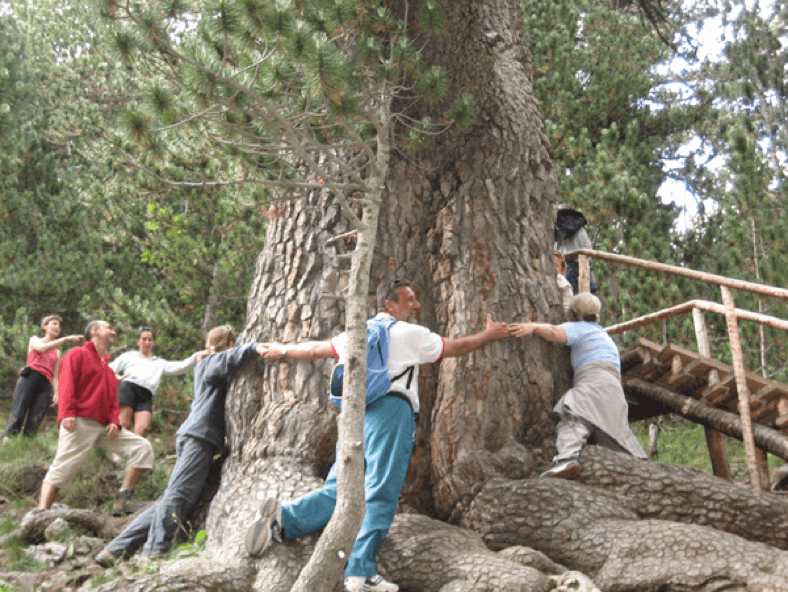 A unique place among the natural sights in Bansko is the Baikushev’s pine (also known as Baikushev’s white fir). It is more than 1300 years old and in Bulgaria there is no older coniferous tree. The dimensions of Baikushev’s fir are very impressive – 26 meters high at a diameter of 2.48 meters. Its round tour is 7,80 meters.

There are numerous opportunities for reaching natural landmarks in the Pirin National Park, which starts not far from Bansko. Here biodiversity is great, there are remarkable natural formations. The park is part of the UNESCO Human and Biosphere Program. From here comes the E4 Euro route, which starts from Spain, through France and Switzerland, Germany and Austria, via Hungary, Romania, Serbia, through Bulgaria and Greece.

The park has three reserves. One is Bayuvi Dupki – Djindjiritsa. Many species are found in the Red List in Bulgaria as well as in the European and World Lists for the Conservation of Extinct Species. There are several lake complexes in the “Yulen” Reserve. These are Strajishki, Vasililashki, Polezhenski, Titipikite, Dissilishki lakes. Of the 700 species of higher plants found, 44 are included in the Red Book of Bulgaria. Typical mammals are the bear, the wolf, the chamois. The Tisata Reserve is included in “NATURA 2000” – the European Ecological Network. It guarantees the conservation of the largest field of juniper in the country.

After coordination with the park management, visits can be made on certain routes.

The above-mentioned landmarks in Bansko are a natural wealth for our country, which attracts both Bulgarians and foreigners. Hotel Lucky Bansko is close to many of them and is one of the hotels in Bansko that will provide your comfort during your tours and emotions, turning Bansko into a unique memory that you will often return to.