The first recorded information about Bansko

The rich history of Bansko has left a lot of information – historical, architectural, artistic, spiritual. However, the first written record of Bansko as a separate settlement dates from 1576. These are data from a Turkish Sheep Registry. From it it is clear that the settlement at that time has already been settled, so that Bansko is certainly from earlier years. 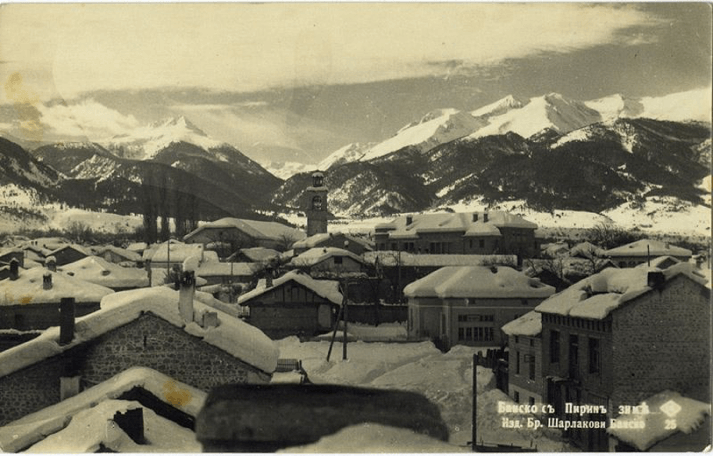 Specialized historical studies for the area issued by the Bulgarian Academy of Sciences states that in the Razlog valley between 1570 and 1660 Bansko is among the largest settlements. It was made out of three neighborhoods and its houses reached 400. The data are from archive of Tatar-Pazardzhik kaasa and show that Bansko was a rich settlement. There were families that had grown up to 4,000 sheep, of which they set aside 400 – for the Turkish tax called “tithing”.

At the same time, there were many robbers in the area – here the big crowds ran the kardjali who plundered the goods of the Bansko people. This definitely raises resistance – people wanted to preserve their property. In the area today are also very popular stories about the vocalist Terzi Nikola, who has a street named after him in Bansko and he is a part in the “Haidout” history of Bansko .

Briefly, they are telling how with his company he killed Choban Gega’s kardjali – hundreds of people who just feared after a huge robbery of rich families from Bansko. Terly Nicholas gave a lesson, after which the robbery raids ended.

This resistance in the area, which continues throughout the history of Bansko during slavery, fueled the idea that Bansko emerged as a separate settlement in the 16th century to repel the population against the raids and arbitrariness of the Ottomans.

Speaking of Bansko history, the data found in recent years should also be taken into account. These are reports that have been revealed in archaeological excavations. They point out that you really need to talk about the ancient history of Bansko and the area. 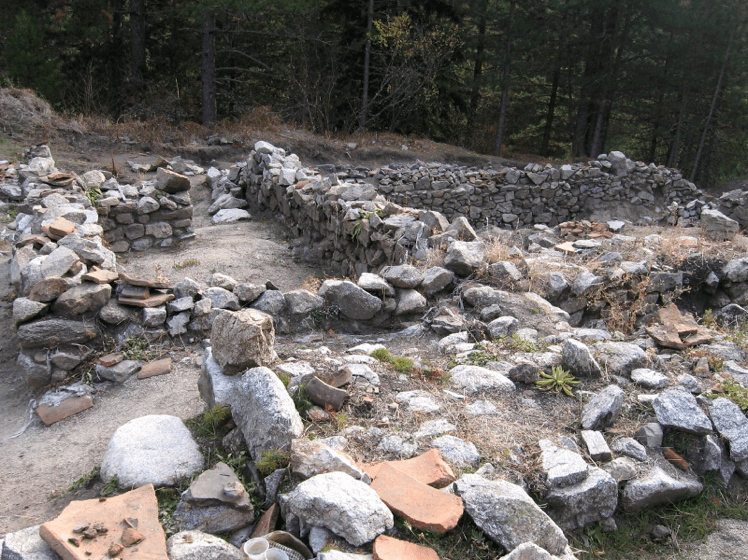 It turns out that it has been inhabited since antiquity and during the different ages, the place is inhabited by Thracians, Romans, Byzantines and Slavs. Fortress walls, remains of rooms, funerals, as well as evidence of the livelihood and activity of people from 4500-5000 BC were found.

New information shows the open-air town of Bezimenen in 2003, which is 4 km away from Bansko. The results of the study of the team of Vladimir Baryakov, curator and archaeologist at the Bansko Museum Complex, show that there was life in about 2000 BC in this city, without interruption until 16-17 century.

The open coins certainly prove that the settlement existed for at least 2/3 to 17 century. An early Christian basilica from the end of the 4th and the beginning of the 5th century was also discovered. The ornaments found, however, that the population was wealthy. The team has also reached skeletons with dimensions between 1.80 and 2 meters, which is great for its time growth. Perhaps this was the Thracian tribe of Dai, described by Homer as extremely brave warriors.

These settlements have been rebuilt over the centuries and reused. Thus, the other thesis states that Bansko emerged in the 9-10th century on the remains of an ancient settlement.

The region entered the Bulgarian territory in the first half of the 9th century. Reports of life here in the Middle Ages to the fall of Turkish slavery are scarce. The hopes are excavations to shed light.

For the Medieval history of Bansko it can be said that the population was predominantly stock-breeders. At the same time, the Bansko area was a spiritual and religious Christian center, preserving history as well. Here are the late medieval churches “St. George” and “St. Iliya”.

Very interesting is the 1614 year church in Dobarsko, which is 20 km away from Bansko. The murals of the temple reflect the settlement in the area of ​​the blind soldiers of Samuel after the battle of Belasitsa in 1014. Thus, the story is depicted and preserved in a peculiar way.

Bansko’s National Renaissance History has made it one of the centers of the Bulgarian National Renaissance, both as an economic upswing and as an opening to the outer world, as an enlightenment, and as a real spark of popular self-consciousness and patriotism.

During the National Renaissance Bansko began to develop economically quickly, it became a busy shopping center with many developed crafts. The new history of Bansko begins. Growing trade on the Aegean coast, developing trade links with large cities in Central and Western Europe, where many Banskii people open offices, their children are educated abroad. 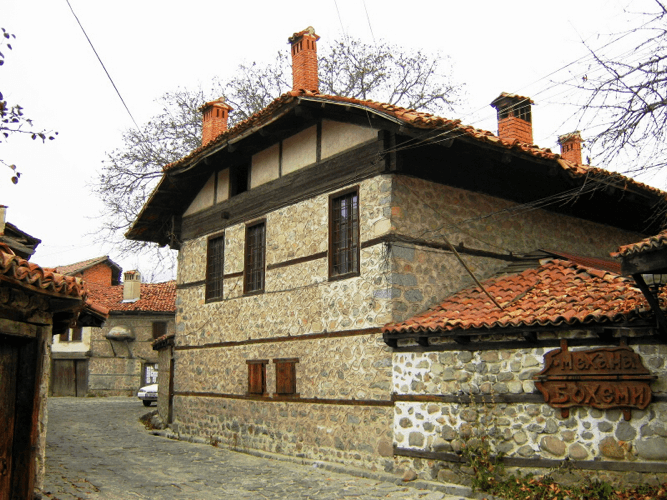 To the northern parts of Greece the caravans carry carpentry, hardware and leather goods, and return with fish, olives, cotton, leather. Europe needs raw materials for its production, and enterprising banners are starting to deliver. They later developed different activities. An example of the harvest at that time were the brothers Lazar, Michael and Ivan Germanovi. They open their own bank and lend to the Serbian principality.

The economic upheaval in the Bansko people’s confidence in the self-consciousness and self-consciousness of Bulgarians burned out the fire which preserved the national consciousness over the centuries. A new stage has begun in the spiritual history of Bansko, which gives Bulgaria events and personalities that have remained bright in our national history as well. 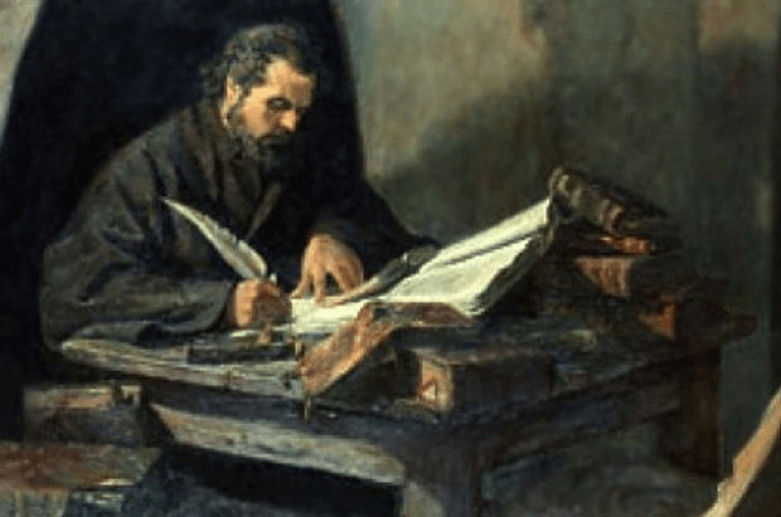 You can not begin with Paisii Hilendarski (1722-1773). Here he writes “Slavic-Bulgarian history“. This is a turning point in our history, with immense significance for the spiritual growth of the people, so far overshadowed by the daily struggle for survival. Recalling and raising our glorious history, Paisius played a key role in raising national self-confidence, raising patriotism. He is the first author to outline the Bulgarian territories – Moesia, Thrace, Macedonia and Pomorie.

Here was born and lived the enlightener Neofit Rilski (1793-1881). The compilation of textbooks for the interdisciplinary school designed by Vasil Aprilov; The first translation of the New Testament into New Bulgarian; The publication of textbooks and tools is only a small part of its extensive work. He is called “Patriarch of Bulgarian Teachers and Bookwriters”. It is no accident that today the Ministry of Education presents the “Neofit Rilski” Prize to prominent teachers.

Bansko has also contributed to the national religious art, as Toma Hadjiikonomov develops a picturesque school; Merchant Marko Vesnev becomes a prominent publisher and enlightener; The brothers Dimitar and Kostadin Molerovi began folklore studies and created a methodology for the excavation studies.

Along with this, Bansko gives to the Pirin region and Bulgaria a number of voivods and revolutionaries for armed struggle. Among them is a cleric Galaktion Hilendar (1830-1894). Haidutin and voivoda Georgi Kremenliata (1840-1886) participated in the Kresna-Razlog Revolt, in the Nevrokopsko and Melniksko Voivoda Dimitar Seizov.

Speaking of the famous people from Bansko, Nikola Vaptsarov (1909-1942) – he is one of our genius poets, has been awarded the prestigious International Peace Prize.

The general upturn has led to the development of self-management in Bansko, which is still a village. Around 1850 was founded Bansko Municipality of Bulgaria. However, she does not start managing from nowhere, she has already had good experience in the well-developed management history of Bansko. Already in 1833 a community council, headed by Lazar German, was formed, in connection with the construction and writing of the church “St. Trinity”. Obviously, this council has worked well as an organization of the local, because the church was sanctified two years later. 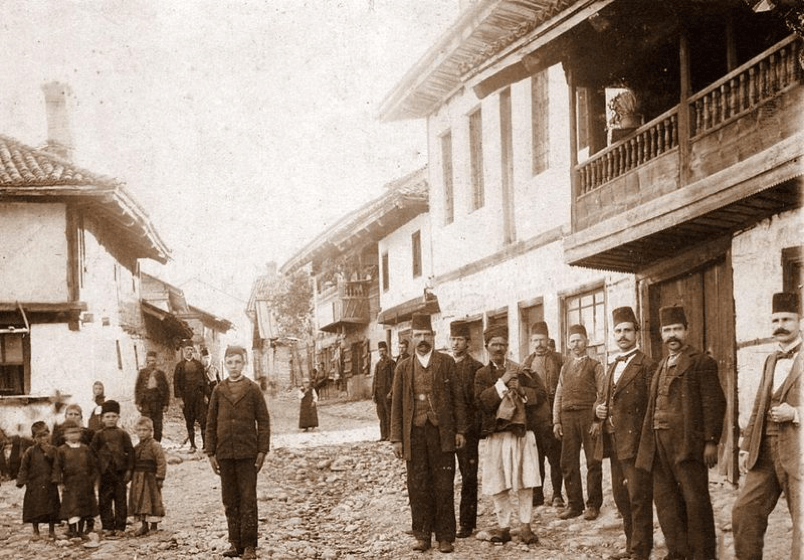 In 1838, a church school was built in the courtyard of the church, which in 1847 became a new Bulgarian secular school. The Bansko Bulgarian Municipality organized in 1857 the construction of a new school building, the mutual school became classical, newspapers were delivered, it was developing the education in the village. Thus, the leadership of the municipality includes influential merchants and craftsmen. Already in 1850 – immediately after its establishment, the Municipality built a bell tower at the church “St. Trinity”, mounted clock in 1865.

Further on, in the 1960s and 1970s, the Bulgarian Municipality of Bansko led the struggle for an independent Bulgarian church, the development of the educational work in the village. He also made a strong patriotic and social gesture – helped the victims of the Kresna-Razlog rebellion (1878-1879) when the Kresna-Razlog valley remained in the Ottoman Empire after the Berlin Congress.

Participation in the rebellion took almost the entire local population – Bansko became the center of the established “Razlogical kingdom”, which lasted only seven days and was cruelly suppressed

Bansko is also known for the work of the Inner Macedonian-Odrin Revolutionary Organization. In 1896 in Bansko teacher was Gotse Delchev, who turned the village into a regional center of IMROO and the entire comite network. On September 5, 1903, a congress of the members of the Sera Revolutionary District was held in Bansko. The aim is to discuss the preparation of the Ilinden-Preobrazhenie Revolt.

Upon the outbreak of the Ilinden-Preobrazhenie Revolt (1903), locals actively participated and sacrificed. Among them are the teacher Radon Todev and his detachment, who was killed in the Godleva Mountains. There are a total of 300 Banskoi in six bands. After the defeated part of the local flee in free Bulgaria.

At the end of the 19th and the beginning of the 20th century, Bansko continues to be the largest settlement in Razlog. In the work of Vasil Kanchov “Macedonia. Ethnography and Statistics” shows that in 1900 in Bansko live 6500 Bulgarians, they are emphasized as Christians.

During the Balkan War in 1912 there were 131 volunteers from Bansko and the municipality collected food and clothing for the troops and armies of IMROO. The present municipality of Bansko passes into the territory of Bulgaria in 1912. The release of Bansko on October 5, 1912 was done with the help of queens. They are led by Yonko Vaptsarov, Peyo Yavorov, Hristo Chernopeev and Lazar Kolchagov. In the administrative system of Bulgaria, Bansko is joined by a municipal government of five people and Asen Todev as the first mayor.

After the First World War in Bansko the main occupation was agriculture and, more precisely, traditional livestock breeding. Logging for furniture production is also developing. At that time, the town had 4550 inhabitants.

Today these activities are preserved, but 60 per cent of the population, which is about 9,000 people, works in tourism Bansko, which is already an internationally renowned mountain resort. The rich history of Bansko has given him the status of a unique settlement of international importance.

There are more than 140 cultural monuments, 200 authentic houses from the Renaissance are preserved, the architectural monuments are 32, there are chapels, museums, the city has 3 functioning churches.

Bansko is a town-museum where the old one is preserved and combined with the modern one. It is a unique mix of traditions and contemporary style, modern construction and century-old houses, preserved authenticity of folklore in the modern city.

Throughout the time of slavery, there were only Christians, Turks did not settle, although the area was rich. There was no Konak in Bansko. In the 17th Century, in the Razlog valley, in Bansko only one person became a Mohammedan. 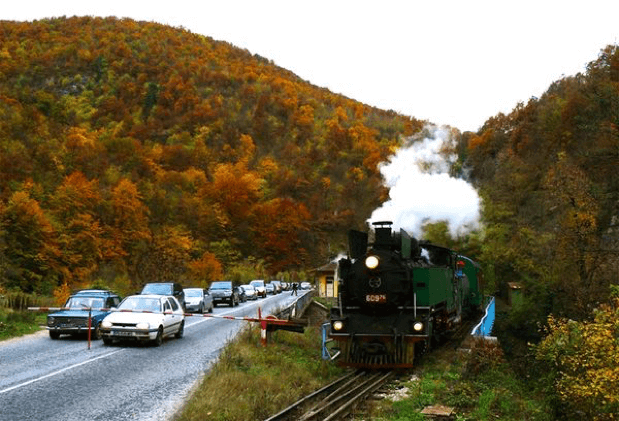 The region is the only narrow road in Bulgaria. This is the narrow-gauge September – Dobrinishte. A restored steam locomotive, manufactured in 1949 in Poland, was used. The distance between end stations is 125 km and takes about 5 hours at an average speed of 25 kmh. Apart from local, the narrow-gauge is also an attraction for many tourists.