Bulgaria is a great country that is definitely worth a visit. It has a long history of exciting and colorful folklore festivals, which are by no means to be missed. In them you will find everything:

Your first visit will surely be an unforgettable experience. Get ready, as hundreds of different festivals are held every year and in almost every season. Each of the seven folklore regions of the country can boast of its own distinctive customs.

In fact, the list of Bulgarian folk traditions is more than rich. It includes both large and small events taking place in individual towns and villages. In addition, do not forget that you should visit the unique traditional cuisine, which is also at the top of the agenda.

One of the most popular national folklore festivals is still the event in Koprivshtitsa, which brings together dance and singing ensembles from all over the country. Held once every five years, the festival manages to attract even foreign fans who want to show their knowledge.

If by any chance we have aroused your interest and you want to learn a little more, stay with us and keep reading. Today we will present the roots of folklore in the Bulgarian country and several traditional customs typical of the popular resort of Bansko.

When was folklore born?

The Folklore is perceived as a symbolic art form that represents the essence of the countries in one form or another. Over time, it has become a recognizable element that has been integrated even into the national holidays and political rituals of the Bulgarian country.

From a historical point of view, its development was a real challenge, as the state at that time was in a socialist period. Only the first steps towards the nationalization of folklore and the invention of heritage were traced only after the liberation.

Despite this fact, the Bulgarian spirit was not broken and in 1951 the first state folklore ensemble was created in Sofia with great difficulty. Experts point out that this can be considered as the main nascent moment.

From that moment on, everything seems to be going in a positive direction, as each of us can now boast of complete freedom in this regard. This value has become an integral part of each of our holidays. 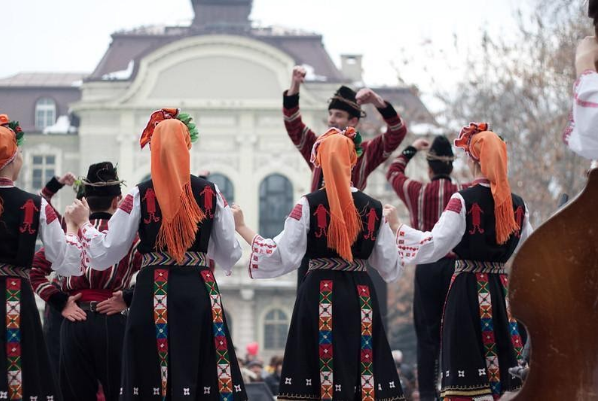 In the interest of truth, the expressive body of culture that is shared by a certain group of people is called folklore. It generally covers the traditions that are common to these specific groups, including them in the form of tales, proverbs and jokes.

The Folklore also includes the usual knowledge and rituals of celebrations, such as:

Each of them or in combination are considered valuable artifacts. Accordingly, artifacts of this type are passed from one region to another or from one generation to the next.

In general, remarkable creativity is unfortunately not something one can learn in a formal school program. This is because, as mentioned, they are transmitted informally from one person to another, most often orally or through demonstration.

The three main hereditary cultures for Bulgaria are:

Over the centuries, they have left behind individual excerpts from their impressive mythological events.

Therefore, when a combination of different mythologies takes place, an unexpected transformation is observed. In this way the folk beliefs and traditional tales are produced, which existed until the modern epoch, which we now call Bulgarian folklore.

Bulgarians believe that when God created the world, he gave different valuable elements to each country. Some have managed to appropriate the shores and seas, while others enjoy their magnificent mountains and pastures. When he reaches Bulgaria, however, there is nothing left and that is why God gives a piece of paradise.

Although there is still an industrial imprint of communist rule, heavenly places do exist here and they cannot be compared to anything in the world. The landscape is one of the most beautiful, as it is strewn with a rich set of wildlife and blooming flowers.

The people try to be modern like other Europeans, but with honor keep their traditions deep in their souls, constantly including them in their lives. That is why we will list some of the most current and fascinating.

The beginning of March or rather the first day of the month is a special moment. Then spring begins to overcome the weather and winter loses its strength. Bulgarians all over the country celebrate the moment by tying the so-called “Martenitsa” devices around their wrists.

These red and white threads serve as a tribute and they remain on the hand of the respective carrier until he / she sees a stork. The animal symbolizes the onset of favorable temperatures and the official end of the cold. 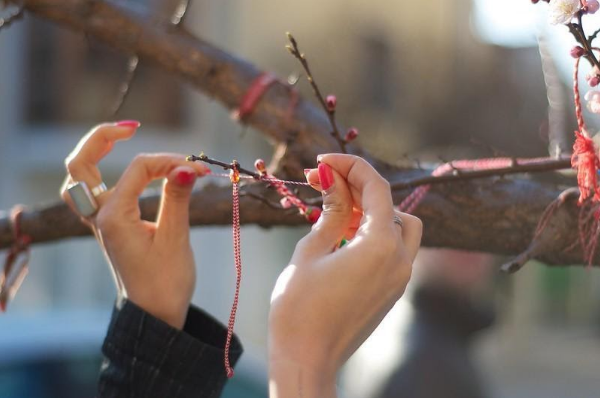 As surprising as it may sound, the Bulgarian people are one of the few in the world who have a habit of walking on hot embers. This happens once a year in a special village called Bulgari.

After the sun set on June 3, a huge pile of embers spread across the main square. Special dancers, called nestinari, which is where the name of the holiday comes from, walk barefoot on the fiery coal, accompanied by a folk tune.

January usually consists of cold and frosty days, but they are not enough to stop the dozens of Bulgarians who on the 6th jump into the icy rivers to their towns or villages every year. The reason is the celebration of the day of St. John the Baptist.

The tradition begins with a local priest throwing a cross into the river, where a race is held between brave men, fighting over who will get him out first. According to tradition, the first to find it will have luck and health throughout the year.

If you think that the unusual winter traditions are coming to an end, you are deeply mistaken. The country is extremely famous throughout Europe for its mummer performances. In this ritual, people dress up as monsters in order to drive out evil forces.

Accordingly, for strangers, the monsters are called “Mummers”. Their performances can be seen almost everywhere from the beginning of January to the middle of March. 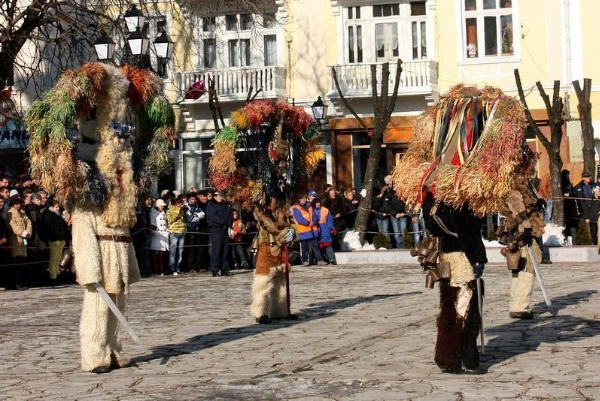 Can we meet the folklore in its authentic form when visiting Bansko?

As soon as you visit the resort town this is quite possible. From the first day of the year until late autumn, the whole community here celebrates a long list of religious, ethnic and modern holidays.

They are usually announced by the solemn ringing of bells and a stalk of wild geranium in hand. Attendance at the church is mandatory, as well as large festive dinners.

They are always accompanied by:

The atmosphere is more than amazing and worth experiencing at least once.

The Folklore is an integral part of Bansko, as well as the whole country. Regardless of age, young and old come together wearing their most beautiful traditional folk costume. And only then the picturesque songs and dances unite them in a real social spirit.

Another interesting fact is that for more than three decades from 17 to 24 May Bansko celebrated its historical participation in Bulgarian culture. During this period, every fancier can enjoy exhibitions of ethnographic origin and themed evenings dedicated to humor.

While you enjoy the centuries-old and unforgettable creativity, do not forget to take the time to try the local dishes. The dishes are so great that you will even want a few servings to take home.