It is true that Bansko is not the only town in the country with unique architecture. If you look for information, we are sure that you will find many more towns and villages that can boast of well-preserved Revival architecture. But only in Bansko you can see houses built during the Renaissance, the architecture of which is without analog in the country. 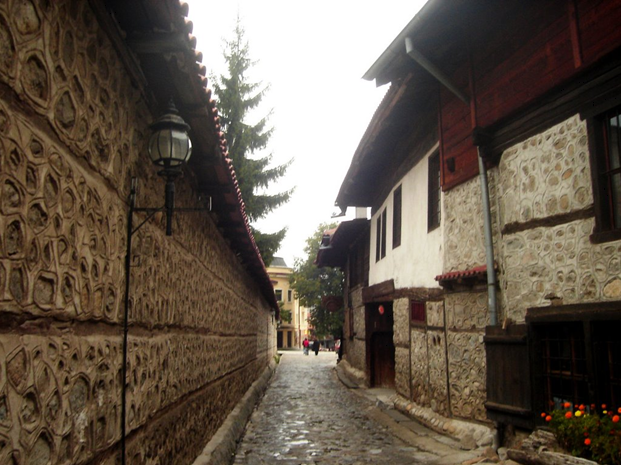 How did the architectural style in Banskoarise?

The Renaissance period is a period in which a small town becomes a rich city of merchants. Many of the people from Bansko are successfully engaged in trade not only in Bulgaria but also abroad. Merchants get to know different cultures, adopt new ideas and, most importantly, get rich. And people who have money can afford bigger and nicer houses.

Thus began the rapid construction in the Renaissance Bansko. Everyone starts to build according to their abilities, and the race for who will build the largest and most private house is in full swing. Masters come to the city from near and far, and the style of the houses is shaped according to the needs of local people, in order to become the “fortified Bansko house” known to us today.

The architectural style of all the houses built in the town at the end of the XVIII and the beginning of the XIX century is distinguished by specific features that are not found anywhere else in the country. Unlike the Revival houses in Plovdiv, where the architecture is rather representative, or the Rhodope houses, which are monumental and without any decoration, the Bansko fortified house is a fortress type, but with quite rich decoration.

The fortified Revival houses in Bansko have a completely massive, stone construction, they are surrounded by high, stone fences, and their doors are made of solid wood and covered with large metal nails. They are spread over two floors and have a large, open veranda, which surrounds either the whole house or is located to end of the face of the building.

On the lower floor there is the “podnik” (the room for the animals), the warehouse with the winter food, and in one of the richer homes there is a shop or the pub. Only in the houses in Banskothere are special rooms called “mesalnitsi” and “kashchi” (rooms for household activities).

On the second floor are the living rooms for the family. On this floor the central place is occupied by the veranda, on which the household has spent during the summer months. There they ate, rested in the afternoon and welcomed unofficial guests. The upper floor, in addition to the veranda, also includes the rooms for the household and a mandatory guest room.

This room is the most richly decorated and prestigious room in the whole house and the family does not enter it if there are no special guests in the house. The owner of the house has a special women’s room, the children also have their own room, and the parents have a bedroom, which often serves as a common room. Each of the rooms on the second floor has an open fireplace, so all the rooms were very well heated in the winter.

Characteristic of the Bansko fortified house is that there is a special room called “kashchi”. In this room all household activities were carried out, there was a cupboard for storing food and a fireplace where the dishes were prepared. The whole family gathered in it during the winter to eat.

So far, it seems that the architecture of the Bansko houses does not differ much from the other houses built during the same period in the country, right? Now, however, we will surprise you by telling you that only in Bansko do the houses have at least one hiding place, several entrances and exits and have dug tunnels for escape.

The houses themselves have many corridors that serve to deceive anyone who enters the home without being invited by the hosts. The wealthier people of Bansko also built high stone towers with loopholes for the protection and defense of the home and the household.

Often, when there was a knock at the gate late in the middle of the night, the landlord would run to the loophole with a loaded weapon and watch the midnight visitor, ready to fire if necessary to protect his home.

The other special feature of this type of unique architecture is the rich decoration. You will not find a single preserved house in which the ceilings are not high and beautifully carved, and the walls – skillfully painted by the talented hands of the masters – painters. 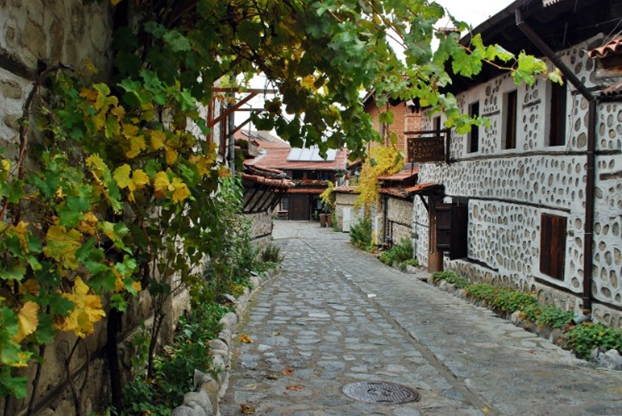 Where can you enjoy the incredible architectural  inheritance of Bansko?

Right in the heart of modern Bansko is formed an architectural core, in which are preserved for generations various samples of the architectural spirit of the Renaissance Bansko. Stepping into the Old Town, you can walk for hours on the small cobbled streetsand enjoy the incredibly beautiful and charming old houses.

You can enter and see the Velyanova house and enjoy the amazing painting decoration that came out of the hands of the owner of the house – masterVelyanOgnev. Very close to it are other remarkable architectural monuments such as Sirleshtova, Todeva, Hadzhivalchova, Beninata, Molerova, Kirblagova and other examples of Bansko Revival architecture.

Old Bansko is a real architectural treasure without analogue in the country. And the people of Bansko keep their heritage with a lot of love and proudly show and tell the stories of some of the most popular fortified houses in Bansko.

The modern architecture of Bansko – traditions and modernity

Banskalii are people who hold dear to their traditions and preserve their historical, cultural and architectural heritage. Therefore, you will not see a modern building that does not fit into the appearance of the city. Modern architecture in Bansko is subordinated to the idea of past and present to intertwine in absolute harmony.

In the central part of the city are preserved all the old buildings and there modern construction is not allowed. And property owners in this part are obliged to preserve the appearance and old architecture of the buildings. 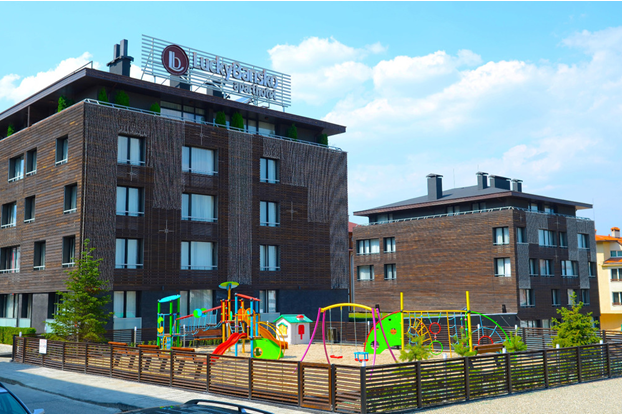 Of course, Bansko is one of the most popular winter ski resorts and in recent years many hotels have been built to accommodate all guests of the city.In the resort you can see luxury hotels, modern facilities and many places for entertainment, but it is difficult to find a hotel or restaurant that does not fit into the general architecture of the city. Unlike many of our popular resorts, where you can see buildings in various and inconsistent with the urban architectural styles, the people of Bansko managed to maintain harmony between modern and Renaissance architecture of the city.